The point of creating green roofs 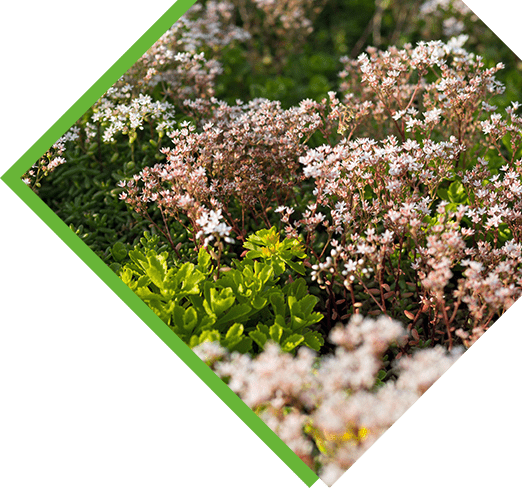 What is the point of creating green roofs? Urban agglomerations develop extremely fast. This rapid and unrestrained development directly affects the way of life of city dwellers. They live quickly and under stress, with few opportunities to pause and rest. If they find the time to do so, they may not have a place in their immediate vicinity to catch a breath.

In cities, tall buildings of concrete and glass, modern and comfortable means of communication and multi-level communication arteries pop up like mushrooms after rain. The new buildings are placed next to each other, leaving insufficient space for even a small square of greenery. No wonder then that society longs for more contact with nature, also at the price of the amenities that urban agglomerations create for us. Therefore, architects, greenery designers and urban planners have long been looking for solutions that would improve the accessibility of the environment to people and make it more friendly.

The idea of green roofs

The idea of ​​green roofs is practically a return to the past – to times before our era. The Hanging Gardens of Babylon, considered to be an ancient wonder of the world, can be the source of inspiration. Many sources indicate that the advanced, cascading construction of Queen Semiramis’ gardens really did exist. It is impossible to match this complex structure, but green roofs can be at least a substitute for what it presented.

The 20th century brought growing interest in green roof architecture. The best example from the beginning of this period is Rockefeller Centre - the famous skyscraper in the centre of New York, with its green roof which is just as famous. Canada, as well as Japan and our western neighbours followed the USA. Germany currently has more than 10 percent of roofs covered with vegetation in large cities. Slowly, this idea is also developing in Poland, which also makes us very optimistic, due to the invaluable advantages of green roofs.

We have a green roof. What is next?

Currently, green roof systems enable the establishment of a garden, lawn or meadow on sloping and flat roofs, as well as in new and already occupied buildings. A flat, stable and durable roof can thus become an additional usable area of ​​a building - a place with a lawn, low and high-growing vegetation, trees and elements of small architecture.

So once we have a green roof, what’s next? After all, the lawn should be trimmed and weeded and the plants should be transplanted and fertilized. This is also the case with utility (intensive) green roofs. However, for less absorbing extensive systems, appropriate plant species should be selected that do not need special conditions for growth. Caring for such plants does not require many treatments, but they cannot be completely neglected. Occasionally but systematically, it is necessary to take care of the extensive roof and the maintenance of individual elements of its system. You can read more about this in the section on the maintenance of green roofs.

Green roofs as a solution to pressing problems

When designing green roofs, we see great potential in this idea to solve at least three glaring problems in Poland. The first is the ongoing fight against smog. Subsequent NIK (Supreme Audit Office) reports on our air quality reveal rather pessimistic data on this subject. By exceeding the permissible values twice, we are at the forefront of countries in Europe that, unfortunately, breathe smog.

As you know, plants are responsible for the production of oxygen released to the atmosphere, as well as for the reduction of poisonous carbon dioxide in the air, which is also called photosynthesis. Since large urban agglomerations lack space for new plantings of trees and other types of plants, green roofs constitute a great method to save cities from smog.

The second problem Poland is trying to deal with today is the declining population of bees and other pollinating insects. It is a threat to many plant species, but it is man who may suffer the most. If we plant green roofs with honey plants, we will invite bees who will find food there. The calculation is simple. The greater the number of green roofs for bees, the greater the chance of preventing the extinction of their population.

The third problem that has grown significantly in recent decades is the drastic decline in drinking water resources. This was followed by an urgent need to manage rainwater. Long periods of drought and extreme weather phenomena result in the need to search for new effective solutions. Properly designed green roofs can easily slow down the rainwater runoff and, through water retention on the roof surface, support the proper vegetation of plants.

Finally, returning once again to the question of why we see the sense of creating green roofs, we want to quote the opinion of Le Corbusier – a twentieth-century architect, who popularized this idea. This man claimed that a garden located on a roof has a great chance of becoming a favourite place to rest, and large agglomerations would regain the lost space they used for development thanks to green roofs. Even then, Le Corbusier was already thinking intensely about bringing men living in cities closer to nature, which he chose as the motive for his concept of modern architecture.

In modern times, with an increasing number of new factories, offices, shops, houses and parking lots, this man’s words and message take on a unique expression. Striving to create new green areas becomes a priority.

Choosing green roofs depends not only on the investor’s wishes. More and more often it is a question of specific requirements. According to the legal basis, a green roof can be treated as an equivalent of the area used for construction. The use of green roofs is also of increasing importance in the aspect of decentralized rainwater management. As environmental protection makes sense when it is a continuous activity, the durability of green roofs must be ensured.

Green roofs mean garden and landscape works during which vegetation is laid on a special insulation layer without normal contact with the ground. Planning and implementation of such a project is a comprehensive operation. First of all, the various criteria and specific conditions of a given case must be taken into account. The climatic and weather, construction and plant factors should be taken into account. Already at the planning stage, it is also necessary to take into account certain transformations of vegetation. All this can be minimized by proper layer selection and regular maintenance.

Vegetation, which is part of green roofs, is subject to natural vegetation processes in line with the changing seasons. During drought, plant viability may be reduced, while in periods of higher humidity - plants may grow. It should also be remembered, especially in the case of extensive green systems, that only after a few years the plants begin to obtain vegetation forms appropriate for the local ecosystem.

Greening roofs aims at their economic, technical, visual and ecological improvement. The effect influences not only a single building, but the entire neighbourhood. It is a way to create new green spaces in the urban space, which, with proper maintenance, can be additionally used.

A green roof can fulfil its tasks effectively and permanently only if the vegetation is properly maintained and all technical installations are regularly serviced.

In the case of green roofs, there are three types of greening. The classification depends on the method of use, technical construction conditions and the type of construction. Each type requires a different selection of plants and the vegetation aspect.

In planning and implementation practice, the following are distinguished:

We have created an extensive GF green roof system, which due to its low technical requirements is suitable for almost all roof framing types. Our system has all the benefits both for people and the environment which are characteristic for green roofs.

We also produce high quality turf-grass for roll-out lawns. Our carefully selected grass blends are grown on special plantations in Podlasie. This ecologically clean region of Poland offers perfect environment for growing turf-grass. From here, our lush, green turf-grass is transported to our clients in all regions of Poland.

We invite you to read the details of our offer. In the "Product Catalogue" department we present our mats, geo-textiles and other accessories used in green roof systems. Choose cooperation with the Green Flor company and enjoy soothing greenery in your surroundings!